Longines has been in India for more than 135 years. To commemorate this occasion Longines initiated a contest “Search of the Oldest Longines Watch” in the month of June this year. The brand received tremendous support and response from its patrons, with more than a hundred entries received for the contest. After compiling all the entries the information was sent to Switzerland, where the Longines Museum and archives are, for an in-depth analysis and verification of each watch. 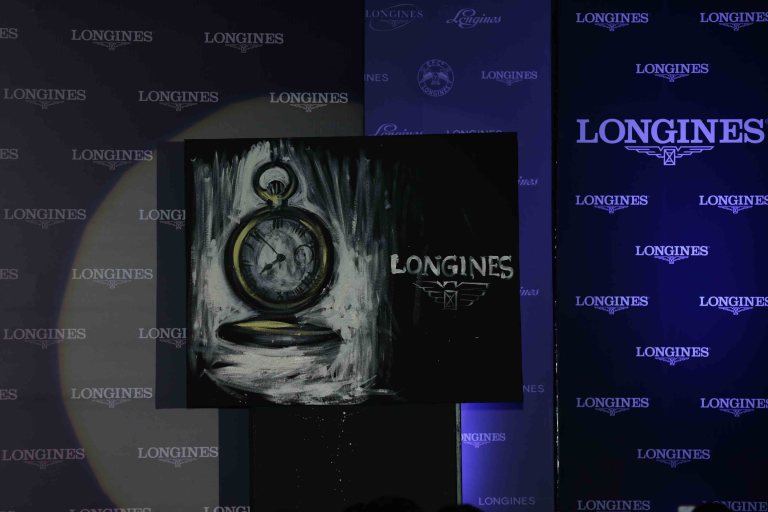 While awarding the winners, Longines Ambassadress of Elegance, Aishwarya Rai Bachchan said “I am filled with pride to hold and honor the treasures which this search has revealed. It’s a great feeling to be associated for more than 13 years with a brand which is rooted in tradition, heritage and elegance.”

Charles Villoz and Aishwarya Rai Bachchan walked the ramp flaunting the new timepieces to the audience. On the occasion, Longines Ambassadress of Elegance, Aishwarya Rai Bachchan said “‘Having been a part of some of the most prestigious flat races in the world like the Prix de Diane Longines, Royal Ascot and the Dubai World Cup to name a few, it’s great to unveil Conquest Classic.”

Mr Khurshed Poonawala, an entrepreneur based in Mumbai won the first prize, a trip for two to Switzerland for a week.

(The winning watch, beautiful silver Longines pocket watch bearing the serial number – 308035, was first invoiced on the 13th of September, 1884 and was gifted to his grandfather by an Englishman about a century ago)

(His watch, again an exquisite Longines pocket watch set in silver 935 bearing the serial number – 777949, was first invoiced on 17th November, 1894 and was originally owned by his grandfather)

Mr Vikram Jayant Ranadive, Manager of HR applications in Mumbai won the third prize, an elegant timepiece from the current collection of Longines.

(The Longines watch in yellow gold with serial number – 1028739, was originally owned by his great grandmother and was first invoiced on 3rd March, 1900)